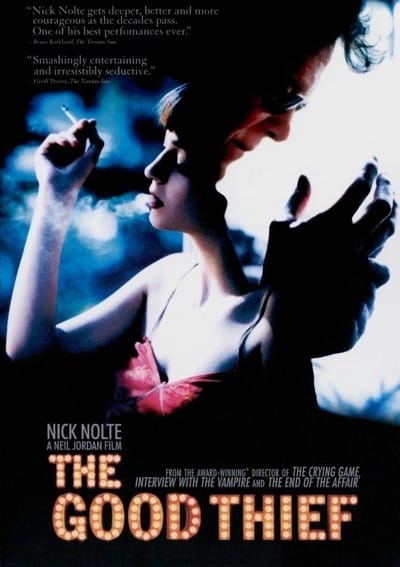 Nick Nolte stars in this crime thriller, a remake of Bob le falmbeur, shot in Monaco and Nice. It follows a thief and heroin addict who comes out of retirement to take on one final job. The film is notable for its remarkable score by composer Elliot Goldenthal. 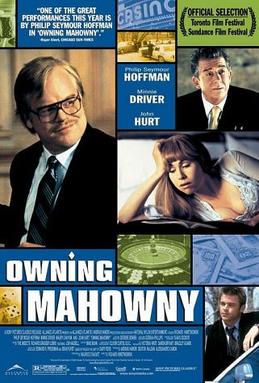 The Canadian film examines the psychology and compulsions behind an outsized gambling addiction as we watch Philip Seymour Hoffman play bank worker Dan Mohowny who uses a series of work promotions to skim increasing amounts of money for his escapades in Atlantic City. One of the great casino films. 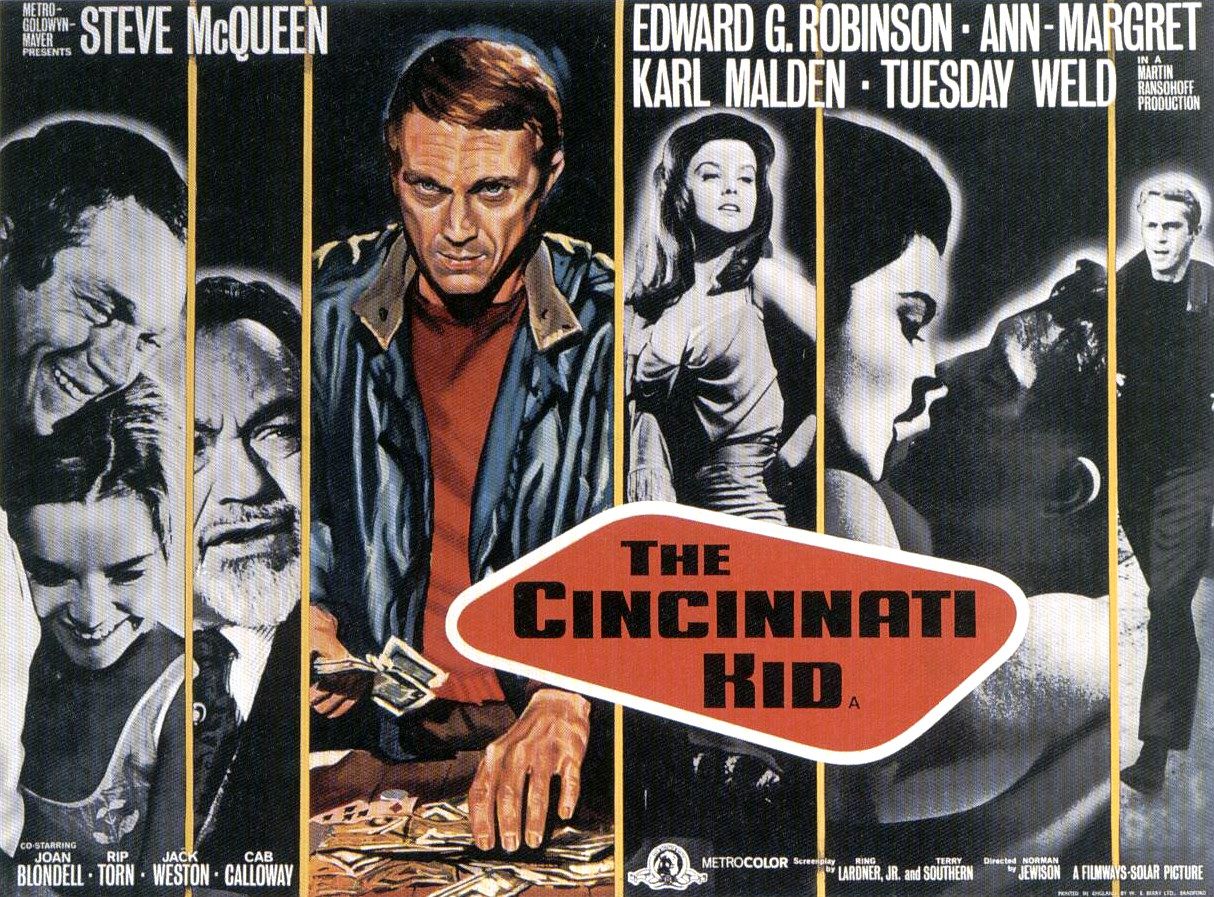 A look at the intense dynamics between rival poker players during the depression: one an experienced legend, the other a wily upstart determined to unseat him. Their culminating final hand of poker is a climactic scene for the ages. 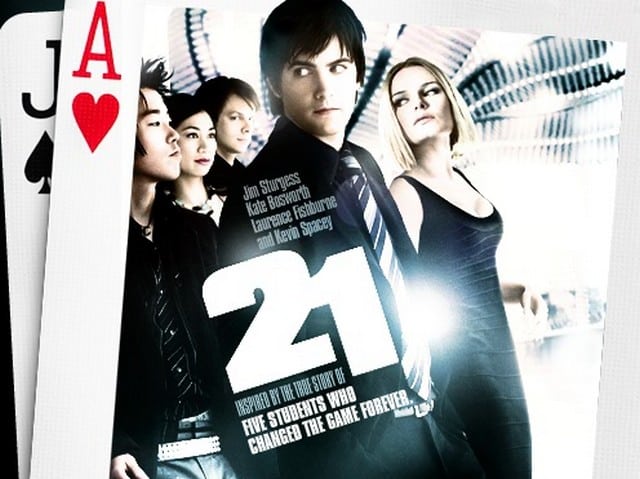 Jim Sturgess stars as the MIT math major with a mind set on medical school who winds up inthralled by the cunning and probability of Vegas blackjack — and its attendant crime world. His exploits make for a rousing admissions tale when he’s at last seated before a Harvard scholarship director. 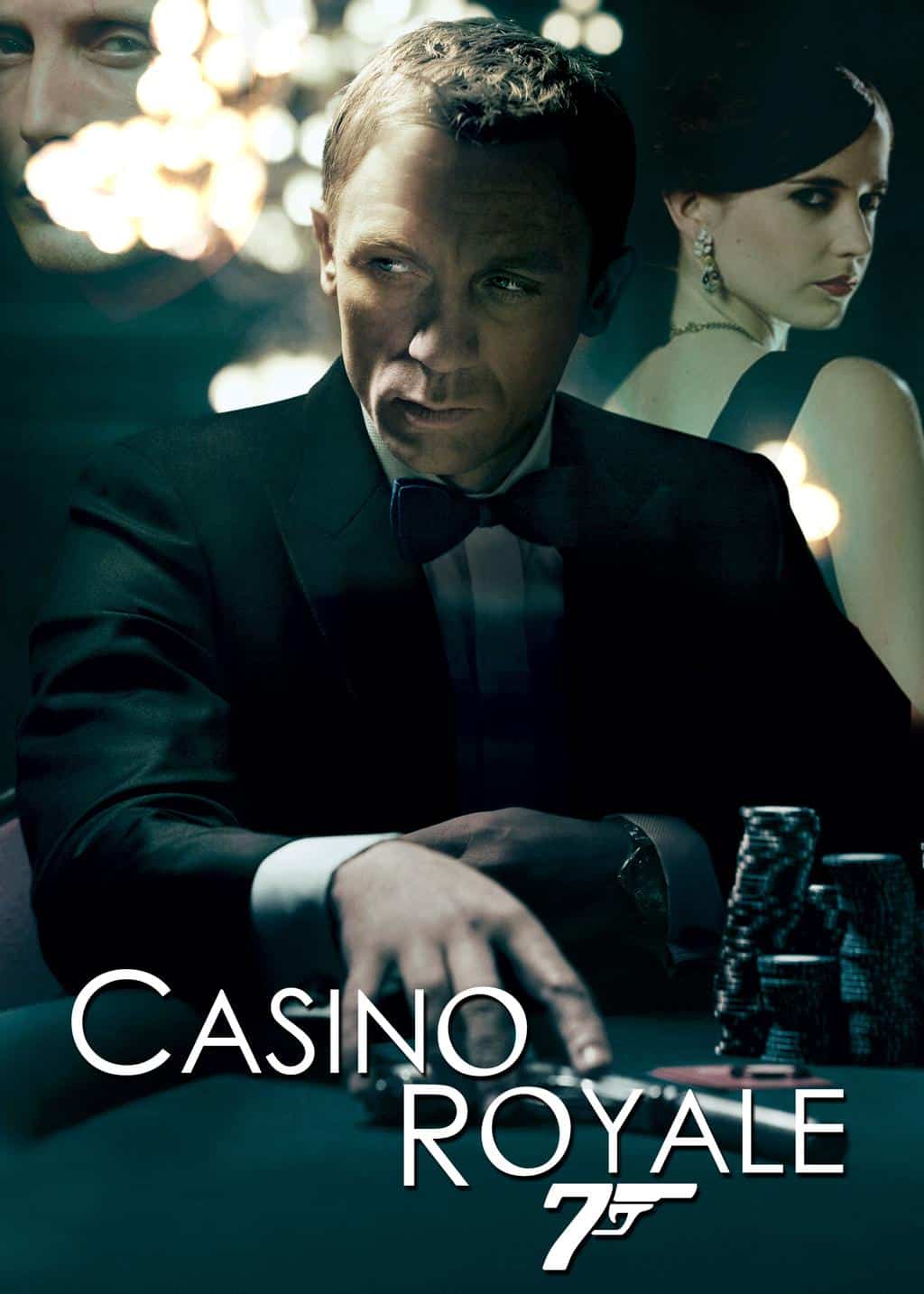 The famed Le Casino Royale in Montenegro is the pivotal setting in this, the first of Daniel Craig’s installments in the Bond franchise. The Secret Service, terrorist organizations, extravagant shoot outs, palpitating chases — the movie contains all the elements and set pieces of classic Bond, but the crux of the film is the high-stakes poker game that seals the characters’ fates.

A rigged poker game serves as the catalyst for a test of relationship fidelity in this Nicholas Cage comedy about manipulation, jealousy, and the strains of the psyche. James Caan and Sarah Jessica Parker costar.

A late 90s rated-R comedy and casino film that’s a precursor to the hangover movies. John Favreau and Cameron Diaz star in a movie about bachelor party antics with Vegas as a backdrop in one of the earliest movies to cement the notion that “what happens in Vegas stay in Vegas.”

Danny Ocean and team work to take down a terse Vegas casino owner played by none other than Al Pacino, who joins the usual all-star lineup in the third installment of the Oceans franchise, which is deeply entrenched in the world of rivalries and intense Vegas intrigue.

The sequel to Ocean’s Eleven once again reunites George Clooney, Brad Pitt, and Matt Damon, this time attempting to steal a rare Fabergé egg to replace the mismanaged $160 million stolen in the previous movie. Their second adventure takes them to Rome with the same stylish Steven Soderbergh direction that was a highlight of the first film.

A remake of the 1960 Rat Pack classic, this action-heist-thriller that spawned one of the aughts’ most popular franchise takes inspiration from the original film and turns it on its head as we follow a group of charismatic conmen in their efforts to rob the money vaults that supply the cash to the world’s largest casinos. One of the top casino environmental films.

With a nontraditional storyline, largely improvised, and set to an eclectic soundtrack of juxtaposed songs, this is a look at two idiosyncratic characters who unite over gambling. Director Robert Altman allows the narrative to take on a vignette-like feel that creates a mosaic portrait of two distinct lives intersecting.

Terry Gilliam’s alternative beatnik epic about journalist Raoul Duke and his lawyer Dr Gonzo as they take a propulsive excursion from LA to Las Vegas. Real world events through the lens of a psychedelic drug binge and two indelible characters make this a classic road trip and classic casino flick.

Starring James Caan as a deeply in debt college professor needing friends and associates to come to his aid as he sinks deeper into a gambling habit that transforms into an incurable disease. Burt Young plays the loan shark gradually closing in.

A oft forgotten follow-up to the legendary Butch Cassidy and the Sundance Kid, Robert Redford, Paul Newman and director George Roy Hill re-team for the story of a Depression-era trickster who enlists the help of an infamous conman to help him avenge the murder of his friend and mentor Luther Coleman.

In the inaugural film of the hilarious hangover trilogy, we first meet the characters who wake up after a night of Vegas debauchery and scramble to find their friend Doug who’s gone missing 48 hours before his wedding. A new classic comedy bromance.

A highly praised character study with Warren Beatty and Annette Benning about a 1940s romance seething in mob drama and set against a speculative backstory of the would-be founding of Las Vegas.

A riveting Kevin Spacey film inspired by the real-life crime antics of the wildly influential Jack Abramoff, who enlisted crime lords and mafia assassins to help him build his personal empire within a world of scandal, intrigue, murder, and sleaze.

John, a depleted gambler meets the smooth and ostensibly good-natured Sydney, a successful professional gambler. Sydney offers to convey all of his gaming secrets, but while Sydney is a paragon of balance and restraint, John is all over the map.

The movie functions as a coming-of-age comedy using the motif of a retro swing dance movement that has suddenly resurged among a cluster of Hollywood twenty-somethings striving to figure out their lives, their relationships, and themselves.

Another Nicolas Cage Vegas movie, this one a dark comedy dealing with alcoholism and the “brief encounter”-like happenstance of two people converging for a short-lived romance.

A gambling thriller set London with a Clive Owen as the protagonist Jack Manfred, a blocked writer who begins a survival job as a croupier and is rapidly absorbed into the world of gaming and its many temptations. Also starring Alex Kingston and Kate Hardie.

Jason Statham plays a newly released prisoner who takes the gaming secrets he learned behind bars and brings them to the the real world gaming tables where he’s now undefeated and at last able to plot his revenge against the figure responsible for his jail time.

Aptly title Scorsese mob movie with the likes of Robert De Niro, Joe Pesci, and Sharon Stone. Masterfully peels back the curtains of the Vegas casino world to expose its inner-workings and entire corrupt underbelly.

Romantic drama and one of our top picks among casino movies, this obscure gem starring Alec Baldwin debuted at Sundance as a little indie favorite and has gone on to wider appreciation among film buffs and fans of drama, romance, and gambling. 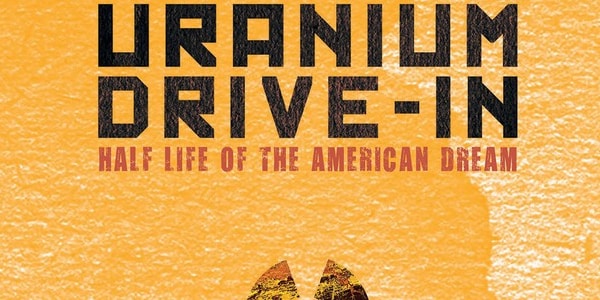 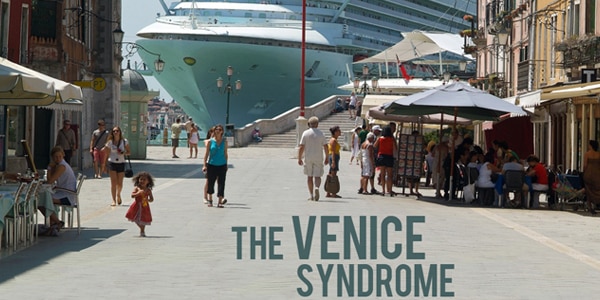 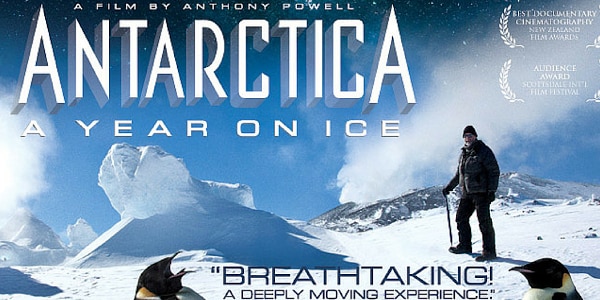 Living in the Anthropocene: The Age of Humans 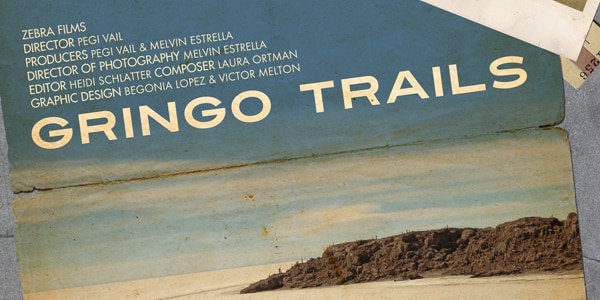 Washington, d.c. Premiere are tourists destroying the planet or saving it? How exactly do travelers impact the remote places they visit? This documentary answers urgent questions about one of the most powerful global industries—tourism. Showing stunning footage from bolivia, thailand, mali and bhutan, the film follows the well-worn “gringo trail” travel route in latin america, asia and africa. The film explores the complex relationship between cultures that collide with each other, but are also interdependent. Gringo trails shows the unanticipated impact of tourism on cultures, economies and the environment, sharing the stories of travelers and locals over the past 30 years. Directed by pegi vail. Produced by pegi vail and melvin estrella.

Portrait of an Urban Beekeeper(2013) 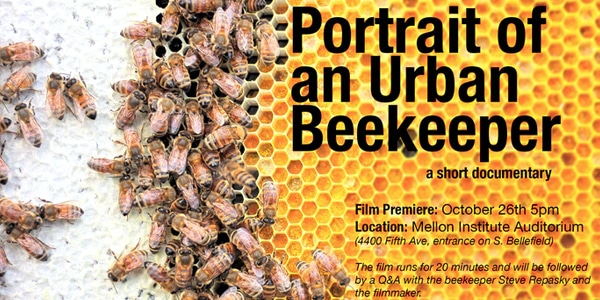 Shown as part of the City Fixes shorts program and Our Cities, Our Planet

World Premiere This story follows Steve Repasky, a beekeeper in Pittsburgh, Pa., during his beekeeping efforts throughout the year. Urban beekeeping is not only about honey production. Educating the public, managing feral bee colonies and capturing swarms around the city keep Steve very busy, in addition to dealing with the calamity of Colony Collapse Disorder. Produced by Steve Ellington.

Journey to the South Pacific(2013) 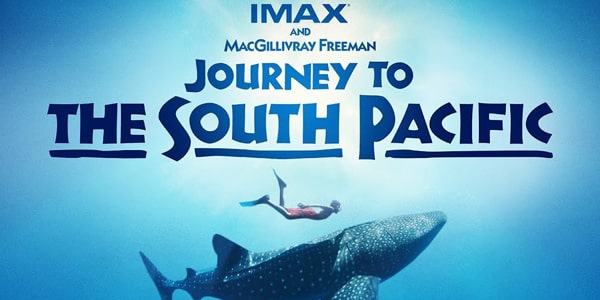 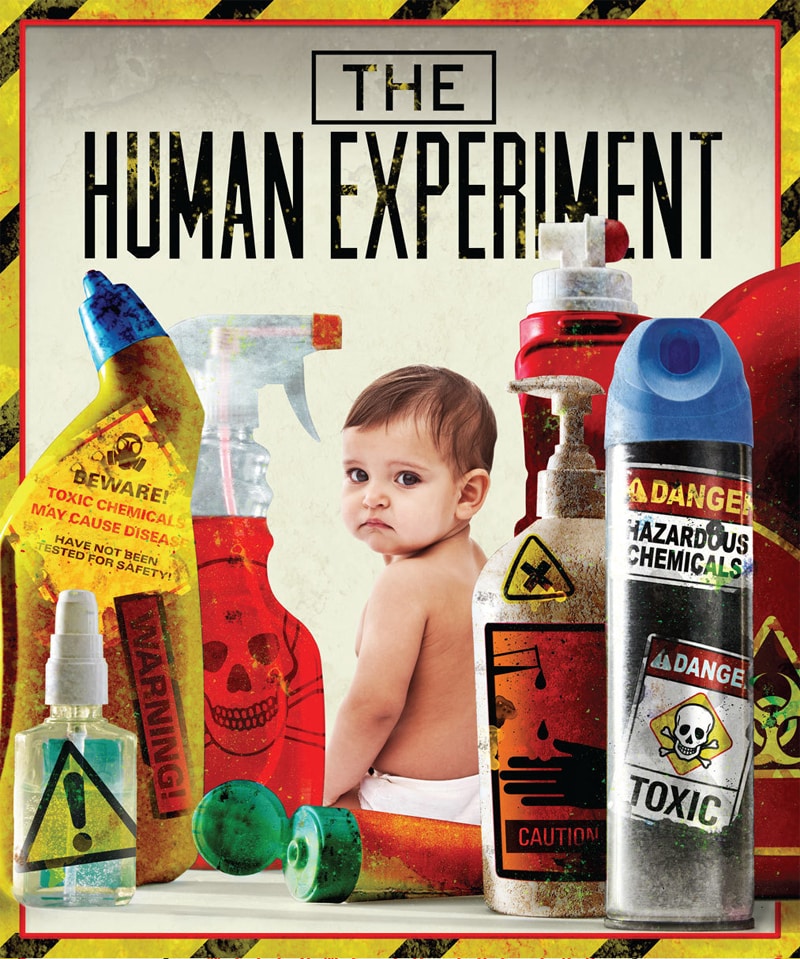 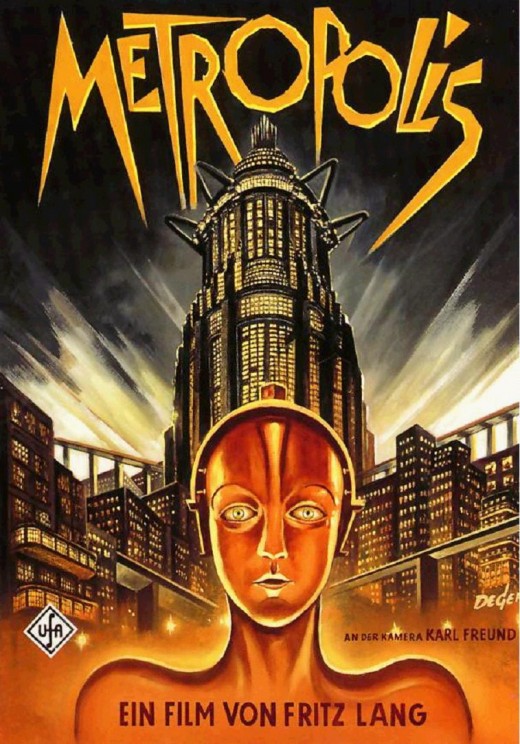 Shown as part of Our Cities, Our Planet

This classic sci-fi epic, one of the biggest film events of the century when it was first released in 1927, tells the story of Metropolis, a futuristic city sharply divided between the working class and the city planners. Joh Fredersen, a powerful industrialist, rules Metropolis. Maria, a worker’s daughter who prophecies a better future for the proletariat, meets Freder, Fredersen’s son. As he searches for Maria, he begins to realize that the luxury he lives with is based on the exploitation of the proletariat. Meanwhile, Joh, who knows of Maria’s influence, commissions a robot to be built in her likeness and sends it in to stir up the workers. Riots and violence ensue, but ultimately, the story ends with the very reconciliation that Maria foretells. Directed by Fritz Lang. 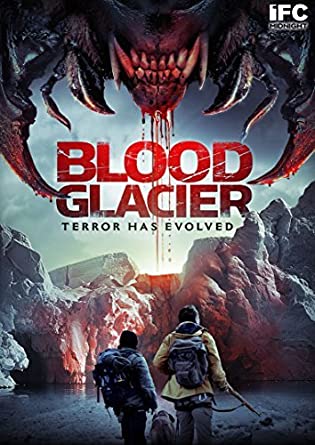 Washington, D.C. Premiere The crew at a climate-research center high in the German Alps discovers a mysterious red liquid on a nearby retreating glacier that seems to be turning local wildlife into predatory monstrosities. The center’s inhabitants are now under threat from the horrors of genetic mutations growing outside the walls. This thriller has a chilling message about the dangers of climate change that may lurk in the not-too-distant future. Directed by Marvin Kren. Produced by Helmut Grasser. 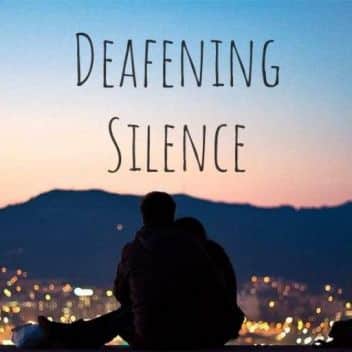 World Premiere A fusion of beauty and terror, observation and anger, roving visuals and intimate stories – funny, contemplative or horrific – this experimental film provides a subjective, layered depiction of Burma (Myanmar) under brutal military dictatorship. Offering a living history of a country arrested in time, this hybrid documentary focuses on ethnic genocide, but with constant poetic resonance and a rich multiplicity of references to history and popular culture. Colonial archives and clips from YouTube are interposed within this tapestry of fragments, often in ironic counterpoint, and always to pierce the chokehold of censorship. The filmmaker made two filming trips to Burma – one posing as a tour guide and the second under-cover with ethnic Karen guerrillas, to film internal exiles surviving a free-fire jungle war zone. Directed and produced by Holly Fisher.

Not a Distant Beast

River of Hope: Welcome to Our City, Mr. President

The Tsunami and the Cherry Blossom

Honey for the Maya

The State of the Planet’s Oceans

At the Edge of the World